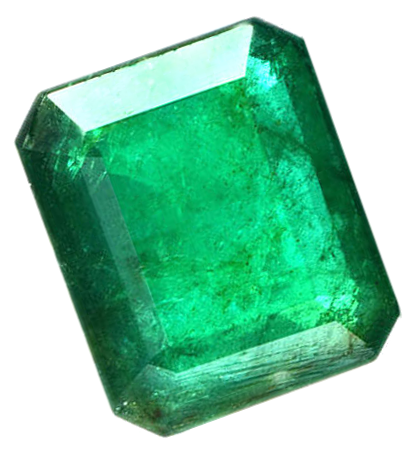 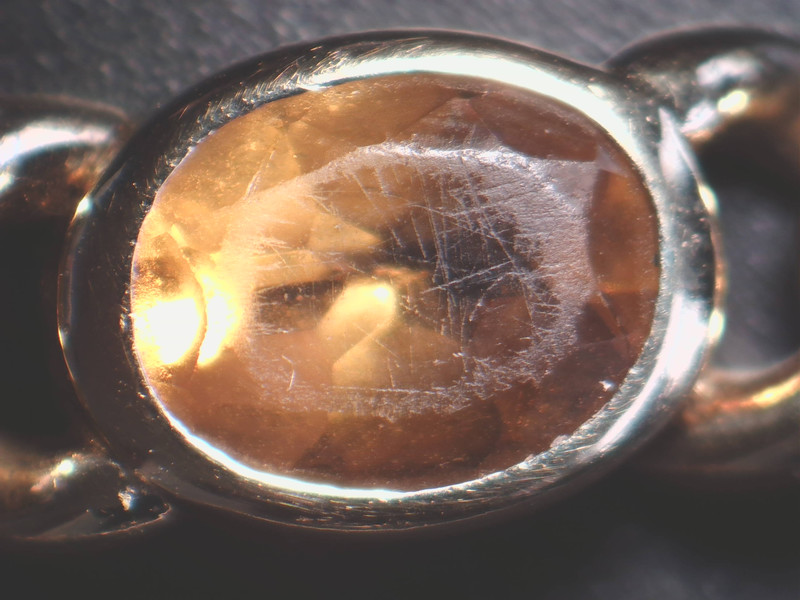 At the moment I am writing my student paper for the diploma course of the Gem-A. This must be in English, so this piece is a practice run for that art.

In gemmology the Mohs scale is a strange one. It looks very precise and has a venerable heritage (it was conceived around 1812). But due to the destructive nature of hardness tests, these tests are never done by gemologists. It is just used as a fixed property of the material. There is a simple rule: “hard can scratch soft, soft won't scratch hard”. As a result the harder the gem material, the more durable, and the better it can be used as a gem in jewellery for daily wear. Minute Quartz particles, with hardness 6 - 7, are the most abundant abrasives in free air, so there is the rule that every gem should have hardness 7 or higher.

The question is, this sounds as a nice theory, but can we test it in practice? I have examined many used gemstones, and from this experience it is clear that every stone can abrade. It just depends on the kind of (ab)use. I have seen almost perfect conserved second hand peridot stones, and fairly abraded and pitted non-filled ruby. So when I could examine a really well used bracelet with different stones it was a good opportunity to test the theory.

A few years ago, I got hold of a bracelet with five distinct gemstones in it. Those stones were all calibrated 9 x 7 mm oval mixed cuts, and set in a rub-over setting. This setting let the girdle totally protected, and only the table and star facets are exposed to wear. These kinds of bracelets have a strong tendency to turn around the wrist. As a result, when wearing those every gem has to endure the same kind of wear.

This bracelet was used intensively for many years in circumstances that you would not expect for such a nice jewel. The gold was scratched, but it was evenly abraded on all the bezel settings and links. This proves that all parts were exposed evenly. The gold is polished a year ago, so on the picture this wear does not show.

There are 5 gemstones in the bracelet. These were identified according to the following table (only diagnostic results are shown). The refractive index of the green and red stones could not be determined. The green one is abraded too much, the red has an index above the index of refractometer fluid used (1.77 – 1.78).

Abrasion on the stones

Every stone was photographed under the microscope (magnification ~ 7x). The length of every bezel setting is 10 mm, the length of the gem itself is 9 mm. In the original pictures every pixel was equivalent to 5 μ meter (5/1000th of a millimeter).

The table of the peridot was completely abraded. The junctions of the star facet and the table were gone. The table was effectively lowered.

The topaz has the least scratches, but the abrasion of the table is almost worse then the quartz.

The table sums up the results:

The abrasion width is measured as the more or less mean value on the long diagonal and short diagonal.

The measured resistance of scratching is in ascending order: peridot – quartz – garnet – topaz.

For the abrasion, the order is: peridot – quartz and topaz – garnet

According to common theory, the expected order of wear would be according to the Mohs scale. The scratch hardness complies nicely, but there are a few other outliers for the abrasion.

The Mohs scale is a rather crude way to determine hardness. It is done by rubbing two materials against each other by hand, and then evaluate the scratches that were formed. In practice, this is not easy. It is dependent on the force used, the condition of the surface of the materials, and the subjective interpretation of the analist.

A different way to measure hardness and toughness is with a so called micro-indenter. A small pyramid made of diamond is shot into a material and the indentation it produces is measured. The indentation has a size of approximately 50 μ meter, so comparable with the size of the scratches. Probably it is a good measure for hardness.

Why is topaz abraded the same as quartz?

To understand what is happening, we must step away from the Mohs scale, and look at the quantitative numbers of micro-indenter tests (next table). Note that the dimensions of the hardness is giga pascal (a pressure to indent a surface) and the toughness in mega pascal times meter square root. Intuitively, this unit means the pressure (in pascals) needed to fracture the stone for a certain distance (the square root of the meter, or the depth of the fracture).

Compared to quartz, garnet is much harder, but of almost the same toughness. This probably results in the clearly less abrasion. Topaz however, is of superior hardness, but the toughness is a lot less. The end result leads possible to the same abrasion as quartz.

An alternative explanation for the topaz could be the crystal structure and the cleavage plane. Under the microscope, the stone was completely clean, and the abrasion is uniform, so I do not thing this causes these results.

Why is peridot so much more abraded?

As can be seen from the table, although in Mohs units peridot is just 0.5 below quartz (seems quite small compared to hardness 7), in absolute numbers it is 35% lower. Combined with the 50% less toughness, it makes the peridot a very weak stone compared to the others. No wonder it is worn down this way.

What causes the pits in the garnet?

There are clear pits in the table of the garnet, not seen in the other stones. The explanation could be internal strain in the garnet as a result of its geological origin. Most garnets show anomalous behaviour in the polariscope, with probable this strain as origin. Normally, in garnet jewellery this damage is normally not visible, but this bracelet was well used.

As a rule of thumb, the Mohs scale seems quit usable. It must be remembered, however, that is just a qualitative scale and in fact a complex function of the hardness, fracture resistance and other qualities of the material. A small difference on the scale can make a huge difference when it is compared to the separate components (hardness, toughness) on a more quantitative scale.

Probably it is better to state hardness and toughness in a more quantative and repeatable way when delving deeper in the mechanical properties of gemstones. 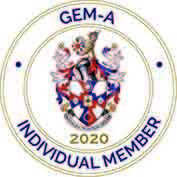